Why I'm Taking a Break 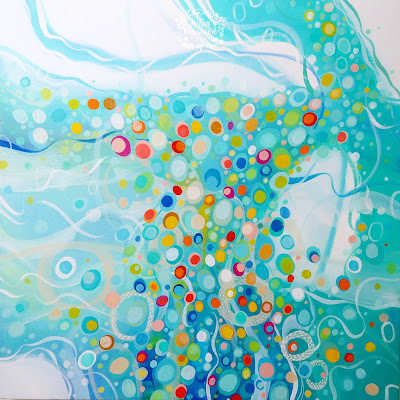 Over the last few months, behind the scenes, there's been a bit of a story unfolding.

I didn't know if I was going to share it here at first, but the time feels right, and besides I didn't want you wondering what had become of me over the summer so I thought I'd tell you what's been going on and what I'm doing about it.

It's always been important to me to share the highs and the lows of my artist journey with you, I never want you to think that I'm out there living some kind of dream life where everything is peachy all the time, because this is a real life and it absolutely isn't.

So, back to the beginning...I think I started to notice that something was wrong during the Winter,  when I would wake up and become aware of a sinking, heavy feeling in my belly.  I put it down to a touch of the Winter Blue's, put my head down and carried on with my work.

However, each day was becoming more and more like chasing an elusive dream, I couldn't explain why exactly, or what it was that was slipping through my fingers.
I felt anxiety grow as I noticed the numbers on my Social Media accounts slowly decreasing, and the Likes gradually lessening too.  Now before I go on, let me clarify: it is NEVER about the numbers, for me my work is about connection and making people happy with my art, but of course I'm only human, and seeing things decline is going to have an effect.

I spoke with my artist friends, had they noticed this? What did they think? Was it having an impact?

Yes, seemed to be a resounding answer.  Yes it was.

And on it went.  One algorithm after another seemingly appeared out of nowhere, feeling like an invisible wall, a bewildering mind game, something else to demystify and understand.  You'd hear whispers about 'algorithms' all over the place and I knew it wasn't just me that was in this predicament.  It was becoming harder and harder to be seen online, and as a result, sales slowed down.

Which brings me to now (the moment of vulnerable sharing).

The truth is, my business simply isn't sustainable anymore, in the way that I've been running it.  This is mostly down to the way social media has changed who gets to see things, and yes, those bloody mysterious algorithms!  But it's not just that, its also down to my mindset and self belief which inevitably took a nose dive when I felt that I was falling behind, losing customers, not making enough money.  Social media is making it harder for small businesses, no doubt about it but a negative mindset doesn't help either.

Is any of this my fault?  Yes, I accept that some of it is - I gradually found myself feeling pretty depressed and anxious, which led to me being unable to work some days because of the fear; fear of the future, fear of not being good enough, fear of having failed.  When you're in that negative place it's sometimes hard to get yourself out of it.  I would move from feeling depressed to feeling angry about how unfair it was...and anger has infinitely more power than depression and I used that to leverage my mind towards being more productive and eventually, feeling more positive.

I know too that running a business can be really hard work, I've been self employed since the year 2000 and have had my fair share of obstacles and hurdles to overcome.

The thing is, it can be really hard to accept that something isn't working, believe me I happily buried my head in the sand about all this for a long time, but once we look the problem in they eye, and acknowledge what isn't doing so well then we can take steps to put it right, or make the decision to stop.  And I want you to know if you're reading this and feeling like you're in a similar place, you have to do what feels right to YOU, and know that it is absolutely OK to feel the way you do, and make that choice. 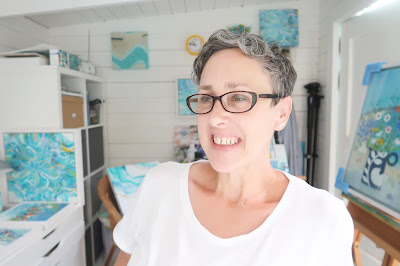 I'm writing this post very much from a positive place today.  I have sat and thought about what to do and I am not ready to give up my work and close down.  I'm fortunately very tenacious (imagine dog with bone) and won't give up without a fight.  I know that to bring my business back up to par, to make it financially viable I am going to have to tackle the problem from a different angle.

So what will I do?

My daughter finishes school for the summer this Friday, so I'll be taking those weeks off to make plans and start taking some new steps forward.  I am studying business, taking workshops and reading books and surprisingly I am really enjoying working this muscle!  Who knew it would be so interesting?  I need lots of new tools under my belt going forwards (managing social media, SEO updates, marketing, growing an email list, etc;) so I'm giving myself the space to learn and educate myself.  I also realise that I can no longer rely on just selling paintings to make a living, so I'm exploring some new ideas which feel exciting and possible.  Right now they are literally seeds, yet to unfurl, but when they do I promise to share more about it with you.

I feel optimistic about the future, I feel like it's an exciting new beginning rather than the end of something.  My business didn't fail, I didn't fail - things just changed and of course this is the truth about life, it's always changing.

I'm going to wish you a wonderful summer.  Mine will be spent enjoying this new time of growth and discovery, balanced out with evenings under the stars, time with family, walks on the beach, reading, meditating, yoga and rest. 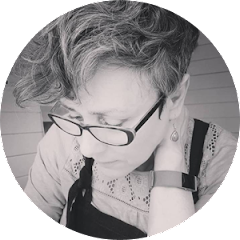 Julia Crossland
Artist | Illustrator | Teacher | Writer
I am inspired by the coast and countryside, creating illustrative pieces of work bursting with colour that lift the spirits!
My blog is my online journal, where I write about my life and share the ups and downs of working as an artist. You will find inspiration, creative business guidance and stories from my studio. I hope you enjoy your visit here. 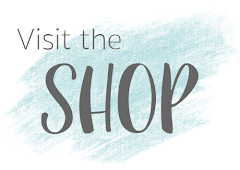